The Dark Tower – Defending the Rose

The man in black fled across the desert, and the gunslinger followed.

Probably the best opening line in literature. Yeah, better than Call me Ishmael.
(Seriously Ishmael, I was just asking you for a name to write on your coffee cup!)

OK, settle down. The Dark Tower movie came out this week to meh reviews at best.  And that’s a real shame, because it’s kind of special. No it’s not as epic as I would have liked. You can see that the studio didn’t fund it as much as it should have, and the writers turned in a script that was a tad short, a bit weaker than most of the King novels.

But I want to come to the defense of The Tower. (And I wanted to write that line.)

To provide some backing: I’m a huge Stephen King fan, and perhaps a bigger fan of his Dark Tower series. I’ve been a Tower junkie since the beginning, before it was an amazing epic, back when it was a handful of novellas all bound together in a very limited edition “never to be reprinted.” (Luckily King broke that promise.) 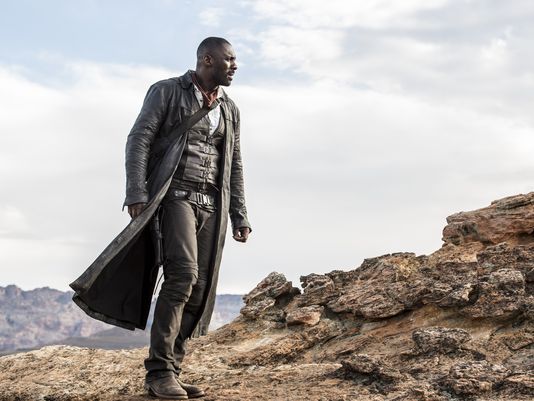 So I’ll tell you that while The Dark Tower movie does not follow the books faithfully, that’s entirely fine by me.  It’s totally in keeping with some secrets we learn in the book. I’d say more, but I’d spoil some of the best moments in any book series for you. So I have to talk around the secrets, my gift to you.

That’s what makes this difficult. You just have to trust me. The series has my highest recommendation, even though I’ll admit that the first book is hard to get through. But that first volume is quite short, and the payoff in reading from the 2nd book on is tremendous, a unique experience. And lucky you! You don’t have to wait the 22 years to have them all ready for you.(Or was that 30? Hard to count in this case.) When you’re “done” you’ll sit there thinking “I wish there was more.”

And the movie is a way of granting that wish. 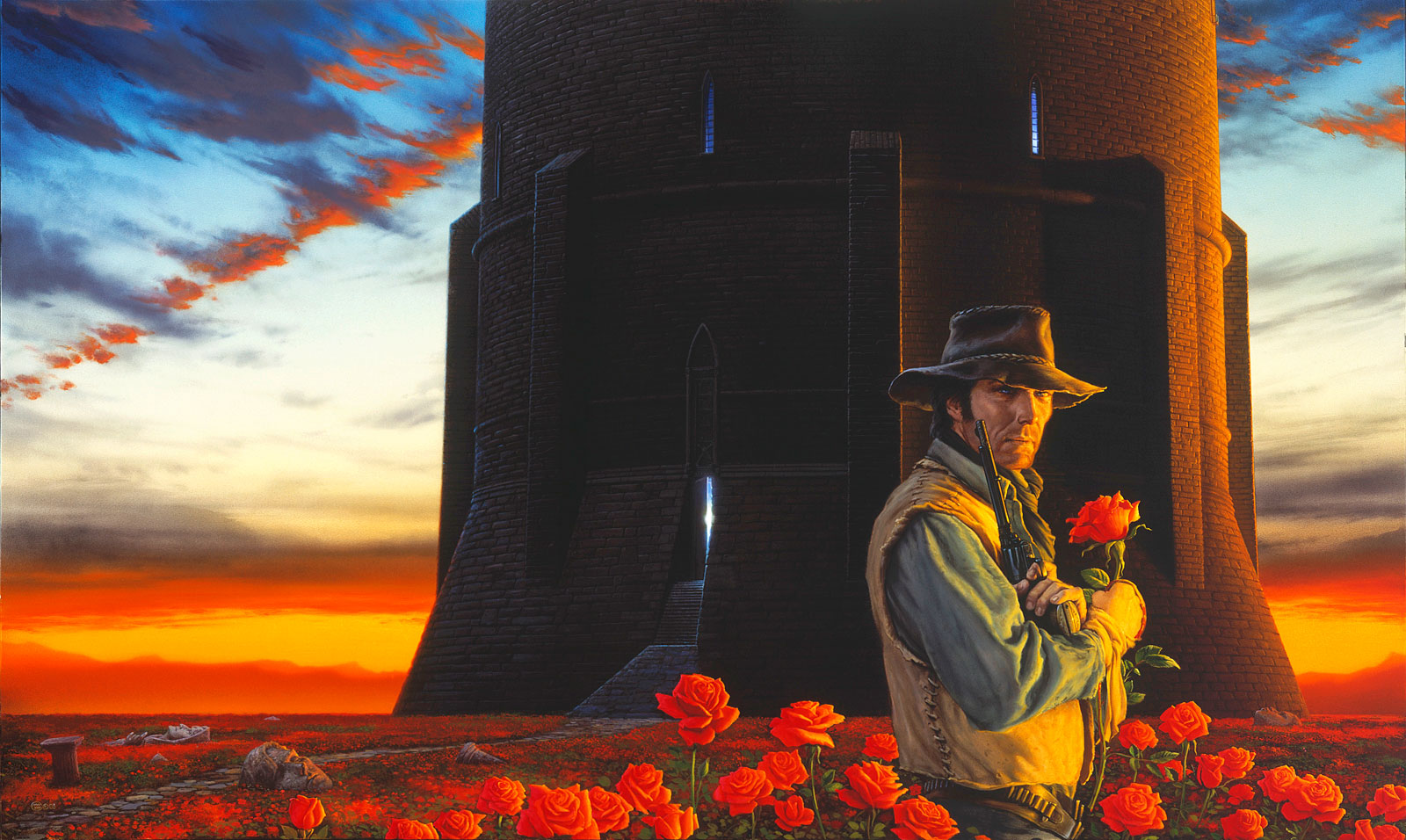 The Gunslinger, the Rose, and the Tower

So it saddens me that reviewers of the movie, who apparently haven’t read the books themselves, depend on “so many people” complaining how movie doesn’t closely follow the book. It’s obvious that their screening of vox-populi-sub-reviewers didn’t include anyone who actually understood what was going on in said books. And that’s tragic because it’s that much cooler to realize that the movie is a continuation of the series, not a traditional adaptation.

Of course there are also some people, let’s call them ignorant racists, who are upset about casting a black man as Roland. Idris Elba’s reputation aside, I had my doubts. But that was just because my picture of the literary Gunslinger Roland of Gilead and the House Deschain, also know as Will Dearborn, son of Stephen, last of the line of Arthur Eld was vividly painted over decades. Of course Elba isn’t exactly the Gunslinger I had crossed Midworld with. But that’s exactly right, exactly correct, entirely in keeping with all that has come before. You’ll just have to trust me on that. And know that with a television series and perhaps more movies in the future, I’m looking forward to walking a new path along the beam with Roland’s new Ka-tet very soon.

And for those reading all the way to the end. Should you want the secrets spoiled, or just enough to make a bit more sense…

Read the books!  Thank me later.

Still not convinced? OK, there’s a great little page that will let you expose yourself to some or all of the answers right here. If you want more speculation, read the comments on that page, but note that like any comments page, they’re best left unread.

And that serves as an invitation to leave your comments below.

Thought that didn’t fit in comfortably anywhere else:
One definition of “adaptation” is a movie, television drama, or stage play that has been adapted from a written work, typically a novel. But it’s also a change or the process of change by which an organism or species becomes better suited to its environment. Think about that.