Is GMC In on the Joke? 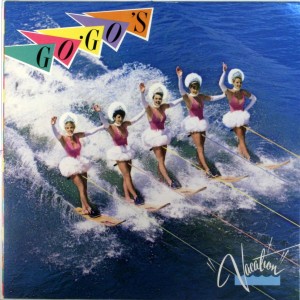 Allow me to digress.

Have to admit that I will listen to a song whose lyrics I don’t necessarily like if it’s got a good beat and I can dance to it.

Well, maybe just a good beat, kicky riff, sweet hook, or crazy combination of all of the above. Music says it all, lyrics only add to it, but still if I’d get a little embarrassed if someone caught me pogoing to The GoGo’s Vacation. It’s not really the image you’d expect.

Of course I’m not a corporation or political rally. Those guys can really pull some boners when it comes to picking the right song to get the hearts of the Boomers or similar generations beating in association with their product or platform.

Most prominent here are any number of right-wing rallies who have chosen to use Bruce Springsteen’s Born in the USA to light that fire. Of course they wave their flags as the “Born in the USA, I was born in the USA…” chant loops over their throngs. But they never get past that chant.  The song itself is a condemnation of the nation’s treatment of US Vietnam veterans, and quite bitter about, arguably, all those mindless flag wavers.

And it happens over and over, because irony just works that way.

Somewhat sillier, hilarious even, is the use of Iggy Pop’s Lust for Life by Royal Caribbean Cruise Lines. Again, only the “Lust for life” chant makes it into the commercial, but anyone who knows the song is rolling in laughter at wholesome American tourists on water slides and ice excursions.  They do carefully edit Jonny Yen’s liquor, drugs, strip tease, and other sideshow attractions from Iggy’s lyric, but somehow found the fact that the modern guy had “had in my ear before” went right along with basketball and an unlimited buffet.

I will admit, Royal Caribbean is my favorite cruise line. Had a great time on the Freedom of the Seas and someday hope to vacation on the Oasis.   Great company even if their marketing department had a bad day with Iggy.

I wish I had a video for my favorite musical accident. During Hillary Clinton’s 2000 run for the Senate, someone on her staff clicked the wrong track on a Billy Joel CD and entirely missed playing New York State of Mind.  Instead they got Captain Jack, which is a song that switches back and forth between a mellow and introspective main theme, punctuated by a rousing and really catchy chorus. The lyrics tell about a bored loser’s search for drug pusher Jack, and his plans to get high and masterbate that night. Not sure if the song played it’s full length before someone switched to the planned track.  Hillary did recover.

But this latest is my favorite.

GM picked one of The Who’s most elegant and expressive riffs to pimp their Denali.

Eminence Front by The Who is from their album It’s Hard, and according to Roger Daltrey it was the only song on it worthy of release. Everything musically works in this song, from the synth track, the guitar and bass, vocals and those drums (Kenny Jones, unfortunately not Keith Moon’s).  A confident instrumental lead-in where all the elements are previewed, and then a smash Who performance lead by Townsend.  It’s a complete masterpiece.

The lyrics are a modern return to the working class Who, the punk rebels turning a nose up to the upper class.  Townsend wrote about the delusions of the wealthy and hedonistic, who “take too much white powder” and their delusional stance, hiding behind an eminence front.

What better song to show pictures of the upper class citizens you’re trying to sell an expensive luxury SUV? And all those well-suited and good-living masters of industry stepping in time with the Townsend tune, how many even got the joke?

It makes it that much sweeter that they don’t.

Kinda like catching them dancing to We Got the Beat.

7 Responses to Is GMC In on the Joke?