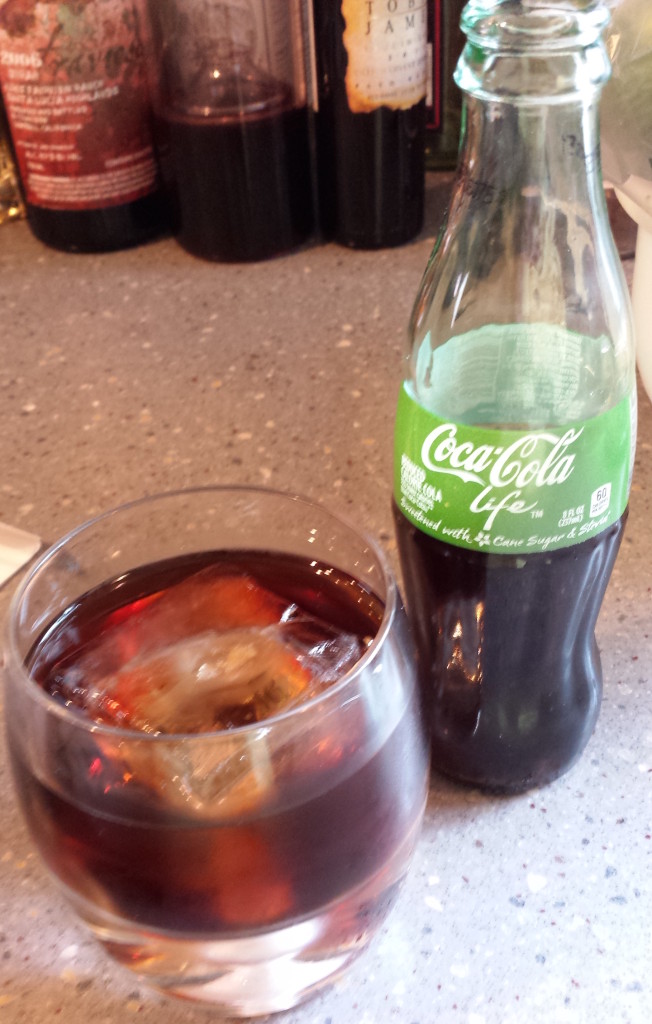 OK, ran across Coka-Cola Life in the store today. Here’s their pitch:
8oz of cane sugar-sweetened Coke weighing in at 60 calories.

Not actually fine print, but a weird script that I guess they’re hoping you won’t parse that point.

Contains 19mg of caffeine. They don’t have a caffeine free version that I could tell.

OK, poured over huge ice cube and let settle for a minute. The first sip is initially quite good. Then the Stevia aftertaste kicks in and you’re just drinking another diet soda. Not feeling the “life.”

Was better with food, which tends to cover the Stevia. But it was kind of a New-Coke taste, missing the classic Coke bite at the end of the swallow. That’s the main reason to drink Coke over the more syrupy Pepsi and you killed it! I’ve got five more bottles of this stuff, probably won’t buy again.

Can they just let us have a less sweet cola, less sugar and no crappy “sweeteners?”