Granted, like any other art, not every film is for everyone. We try to focus on giving you reviews that meet our fannish criteria. And today, on the fourth day of San Jose’s Cinequest we have two thrillers, one with a science fiction bent, that you may  want to check out.

You are your own worst enemy.

Imagine the worst day of your life. Now, insert Adam who happens to be reliving his day endlessly. Loop pulls together a supernatural story of a man who gets a second chance to do what is right… then a third, and a fourth. In hopes of saving his wife and future child, Adam has to brave his nightmares and prove himself worthy. Fighting to uncover a scandal that leads to his own demise, Adam seems to be getting in the way of himself. This fast-paced, sci-fi thriller re-defines “the edge of your seat,” leaving one with a thorough boggling of the mind. – Nobuki Fujioka

It’s easy to say that Loop is just a grim and gritty Groundhog Day. But you would be very, very wrong. At first this seems to be a very simple plot of a man and his girlfriend caught in a drug deal gone wrong. There’s a fairly sparse cast, a set of somewhat crumbling urban sets for the action (OK, the hospital seems fairly up-to-date) and a real sense of urgency to find a way out. Complications set in when the girlfriend discovers she is pregnant. OK, there’s enough to make a good Coen Brothers / Tarantino movie, and that’s not a bad thing.

Of course, this thriller is thriller/science fiction, so we know going in that there are more unforeseen complications.

Did I say complications? That’s putting it mildly. The “loop” here would have really destroyed Bill Murray’s character’s “everything resets when I die” gimmick. This loop is more like a mobius strip linked with the infinity symbol, with several interstate bypasses thrown in for fun. And yeah, beyond the grim thriller aspects, it’s pretty fun watching how Isti Madarasz keeps teasing us with things that just shouldn’t work out the way we’re experiencing them, only to show us as things progress how it all fits together.  I’m spoiling nothing here, other than to say this may be one of the most complex time-displacement stories, and at the same time easiest to follow, that I’ve ever seen. 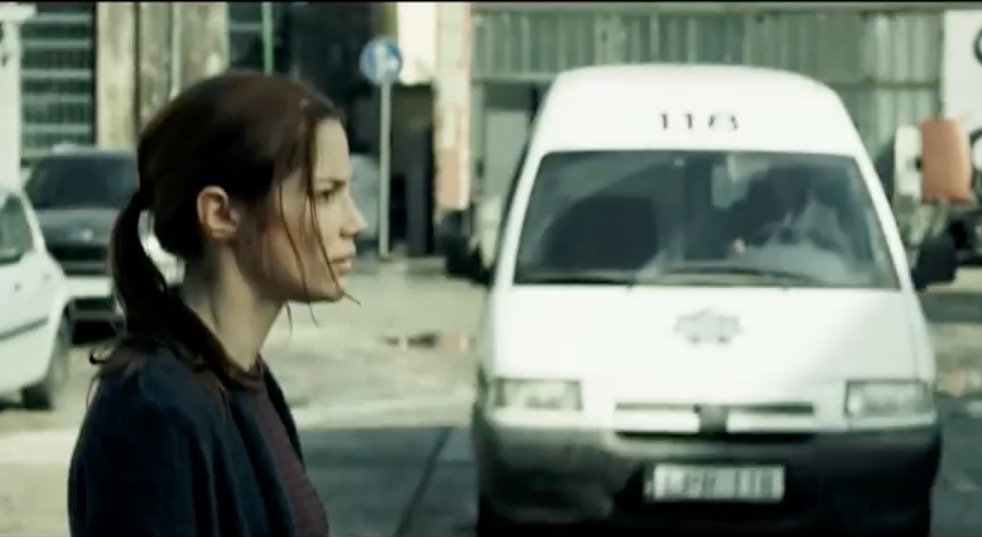 And it’s amazing how few special effects are used. Very little that young filmmakers with their first day using Adobe Premiere couldn’t carry off. The real magic here is in the script, the cinematography, and the acting, all of which are top-notch.

Highly recommended you don’t miss Loop at this year’s Cinequest.  You have two more opportunities to do so:

One of the things you begin to notice about films from Central Europe is that many exhibit a slower pace in their storytelling style, in story and character development in particular. It does seem to reflect on a more relaxed lifestyle, and very much complements that slower paced environment. So if you were expecting the kind of frantic and startling film that would be titled Pyromaniac in the United States, you’d be calmly surprised at what the same subject matter does when it comes out of Norway.

He can’t say no to the urge to burn.

In a peaceful and closely-knit Norwegian village, fear spreads like wildfire, as night by night, an unidentified arsonist goes on a wrecking spree of starting a series of fires. Unbeknownst to villagers, the pyromaniac is no less than an avid fireman himself, Dag – the son of the fire brigade’s chief. As suspicions among his closest grow, Dag’s reach becomes increasingly sinister and audacious, and dread takes over the village. Coming from one of Norway’s most internationally acclaimed directors, Erik Skjoldbjærg (Insomnia), Pyromaniac plays like a disquieting, yet irresistibly alluring dream. It is an impressive, dark delight of suspense and a visual and cinematic tour-de-force, as we delve into the murky waters of a disturbed young mind and the terror he instills in others. – Liva Petersone

Pyromaniac has an interesting and somewhat puzzling protagonist. Dag is a fireman, the son of a fireman, and remembered in his town as having been very smart in school. He’s somewhere in the post education period of his life where he must start to make decisions on what he wants to do with the rest of his life. Of course these fires keep breaking out throughout the rural areas, and he and his fire chief father join the rest of the firefighters to deal with these increasingly dangerous events. 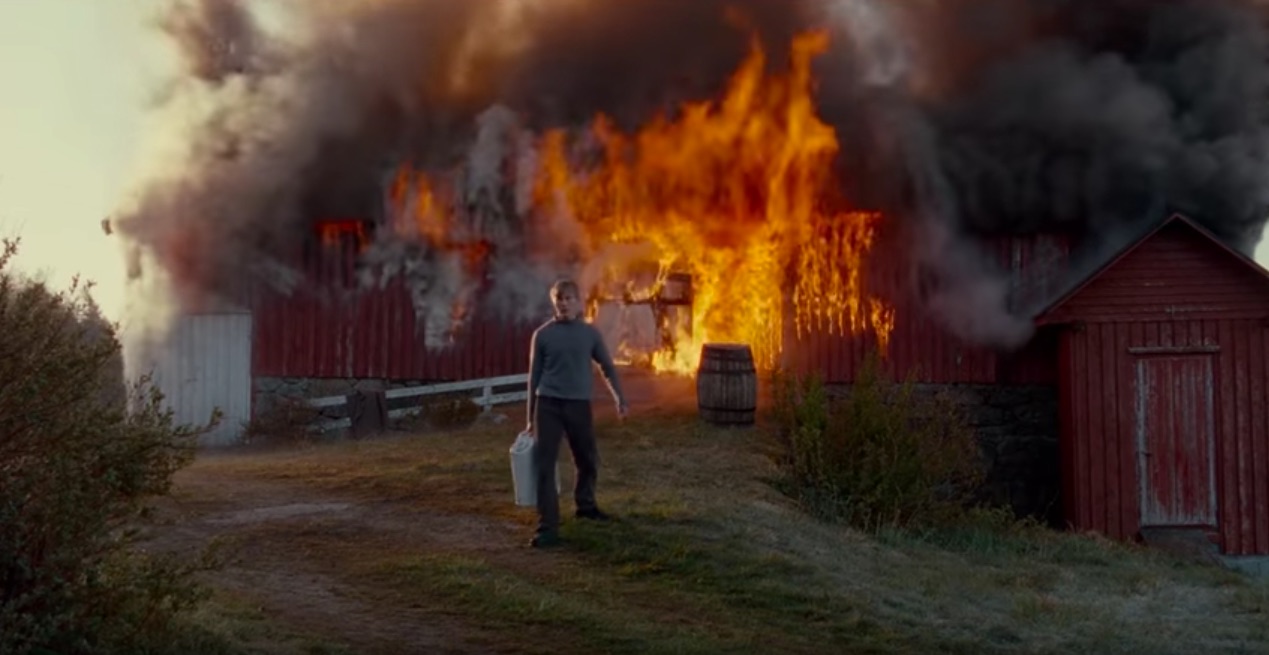 Of course, it’s Dag who is starting the fires. He may not know exactly what he wants to do with his life, but he does seem to have a way with matches and gasoline. As you might expect, adults all think he’s a wonderful kid, even if he doesn’t really fit in with his peers. There’s more than a little frustration there, but unless the first event we see in the film is his initial excursion into pyromania, we’re never given insight into the real how and why of his fascination. 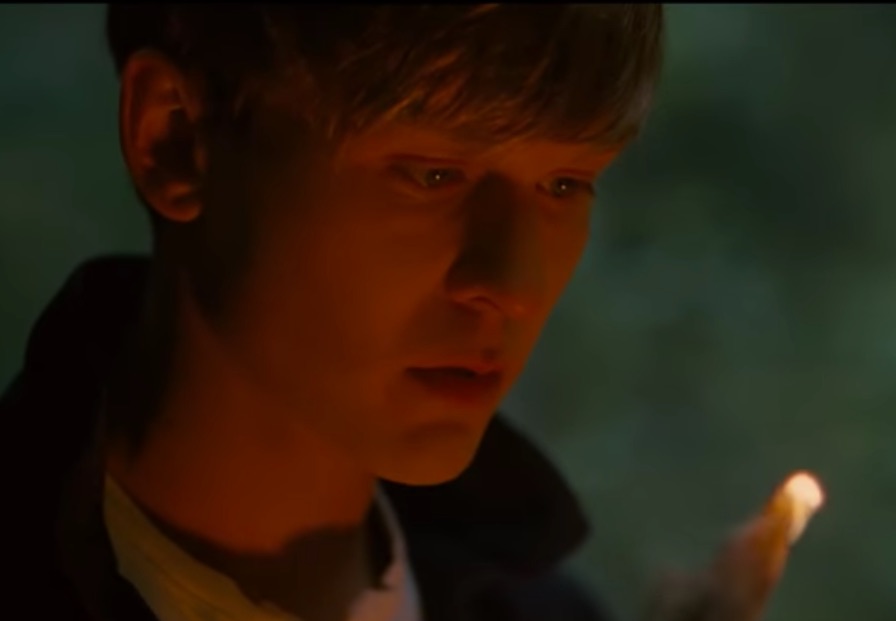 And that’s kind of the depth of this film, and what sets this apart from what we’re expecting. The real tragedy isn’t vest on Dag, in fact you can make a strong case that he’s successful right through the end. The real tragedy, the real victims, aren’t those whose property is lost. It’s the people who loved Dag, and… well, that would be telling.

While not the film you’re expecting here, this is a film worth spending an afternoon with. Even if all that fire is chilling rather than warming.

It’s film festival season again! Cinequest 2017 starts on February 28 and runs through March 12th, so if you’re in the San Jose / San Francisco Bay Area you might check out the films and events for this year.  And Fanboy Planet for upcoming reviews and podcasts from the Planet’s crew.