Here’s a trivia question for you.  PowerPoint has been around forever. Bob Gaskins, the father of PPT puts the start date for the team as 1984.  Lots of great folks have come and gone, and a few have even come back.  But who is the one person who has been on the team, without leaving and returning, the longest?

That would be Judea Eden. 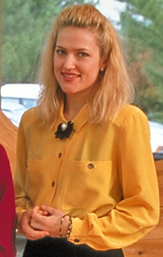 Judea Eden Back Then - Photo by Bob Gaskins

Judea Eden was the 17th person to join the ranks of The Wizards of Menlo Park, the core group of folks from the earliest days of PowerPoint – those who pretty much set the pace for the application.

If you’re curious, I joined that team in 1993, and am 77th on the list.  To put a point on this, there are only two people still at Microsoft who predated me, and Judea was the winner for having been there the longest, still on the core PowerPoint team.

We think about the brains and wills behind the development of the PowerPoint application. But if you were looking for the heart of the team, I’d say Judea is a great candidate for that recognition.  You see, Judea kept the PowerPoint team flush in supplies, equipment, and more that a little late-night food during crunch time.  She organized all our off-site and team building activities, coordinated resources for moves between sites and buildings.

And she added more than a little humanity to the group.  She’s a sweetheart, through and through.  She cares about everyone on the team, even those who might not really deserve that care.  Because, dear reader, she’s just sweetly guileless and truly wants to make people happy. 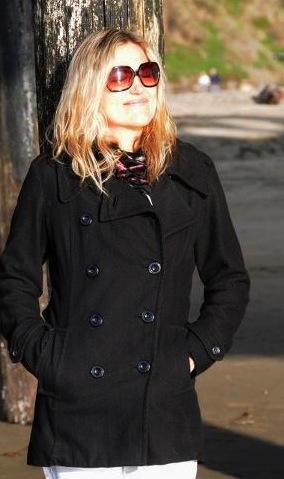 Onward to a bright future...

When I joined the team, we worked in an office on Sand Hill Road in Palo Alto, CA.  I’d really resisted the idea of going to work for Microsoft, even on the PowerPoint product, an application I really liked.  But it was Microsoft, the company that had always beaten the companies I’d worked for before.  I really felt like I’d stepped into enemy territory, and I doubted that I’d make any friends or actually be there very long.

At noon on my first day this girl appeared in the doorway to my office, I’ll always recall she had a shiny black plastic lunchbox-styled purse, and said “Hi, I’m Judea, wannna go grab some lunch?”  Because that’s what Judea does, she makes you feel welcome.

My first friend at Microsoft, and we’ve been friends ever since.

Judea is an amazing amalgam of interests and talents.  A few years back she started a serious study of nutrition and health. In fact that’s part of the next phase of her life, working for a company in the health and wellness.

But there’s a crazy-fun side to Judea too.  She’s the lead singer for The Judea Eden Band, and if you’re lucky enough to be able to catch one of their shows in San Francisco or around the Bay Area, I highly encourage you to do so.  You can thank me later.

So, after a quarter century (and the years don’t show at all kiddo!) Judea is moving on and up to a position in another company, leaving Microsoft diminished for her leaving.  Her last day is Friday the 13th, 2012.  I hope that’s not a bad omen for those she leaves behind.

I can only say thanks for being my friend.  The PowerPoint world would have been a much lesser place but for you.

5 Responses to The Ultimate PowerPoint Survivor…