Louisa May Alcott wrote Little Women 150 years ago, and [amazon asin=0147514010&text=the classic novel] has been made into several movies since. This year the newest version is showing at Cinequest! First-time Director Claire Niederpruem retells this ageless story in a modern setting.

The movie starts with Jo (Sarah Davenport), Meg (Melanie Stone), Beth (Allie Jennings), and Amy (Taylor Murphy) putting on a play from [amazon asin=1420953060&text=The Pilgrim’s Progress], but Beth is videotaping it. And in that one scene, the original book is represented, and yet we know it is a modern setting. 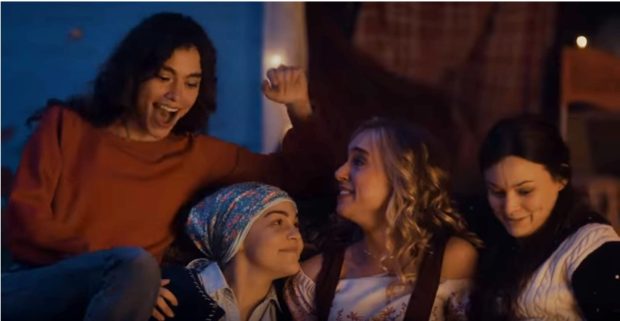 The March family has what may be considered “old-fashioned” values by modern standards and they struggle with trying to fit in with their peers. Meg tries to fit in by going to a high school party at the rich girl’s house, where everyone is drinking shots, but she can’t bring herself to follow the crowd. A reasonable update, and without spoiling anything you can expect that to be continued throughout the film.

All of the characters are there from the book, and the actors have done a wonderful job in bringing their updated selves to life.  The emotions are strong –I laughed and cried during this movie; the emotions felt real. Jo  is the emotional center of the story, and yet everyone is heard and their story told.

Can you tell I liked it?