In a future that never was…

One of the nice things about the people who produce Cinequest is that they apparently have a thing for time travel. Not that they travel in time to get their scheduling done, but that they tend to feature films and shorts where there is an element of moving forward or backwards in time.  This year, with Peaches they move forward and backwards in one film, but they start out kind of sideways to begin.

Imagine a near-future present where a company whose design sense borrows heavily from ATARI in the early 1980’s but the devices are all kind of chunky and bulky. A future where everyone has hover cars, and smartphones don’t have big displays, but instead print answers to questions out on paper tape. And a future, for some reason, where people in theaters are offered cans of peaches as a cinema snack. Frankly, you could have made a whole movie just on this premise.

But Peaches goes one better, bringing in a failing relationship and one man’s efforts to fix it with technology.

We all know the rules of time travel by now. Never travel to a time and place where you’re sure to meet yourself. Never do it twice at the same time. Three times is a very bad idea. And a dozen or so… well, that could be real trouble.

Laura and Diego have gone back to the scene of a prior romantic stay to fix their failing relationship. However, the cute set of bungalows they travel to are abandoned, barely holding together. But somehow Diego convinces the reluctant Laura to give it a try. Of course the inventive type-A Diego is incapable of acting spontaneously, and that’s exactly what Laura needs. So of course this getaway is obviously doomed. The appearance of Laura’s ex, a narcissistic stalker, pushes things right over the edge; their breakup is assured.

However, Diego works with some secret cutting edge technology that he just happens to have in the trunk of his car. He cobbles together a time machine (Yes, I know. Just go with it.) and travels back in time to “fix things.” Of course, Diego is still clueless about what Laura needs. Even confessing to Laura  his willingness to travel through time to fix things, he’s done nothing to deal with Laura’s objections. He blows it a second time.

So he goes back in time again, to fix the attempt to fix their relationship. I’m sure you see where this is going. Lather, rinse, repeat. Marty McFly had a much easier time just trying to get his parents to their first kiss. Diego is literally his own worst enemy. 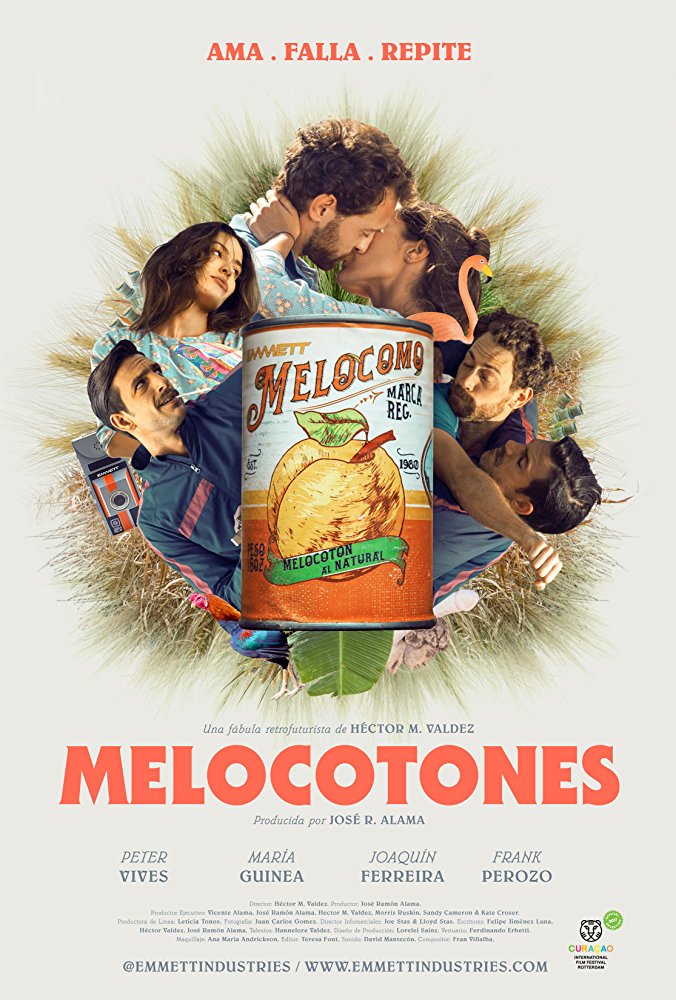 Peaches is a funny, clever, and oddly voyeuristic set of loops through time, each getting more twisted in trying to undo or redo prior or future solutions to bringing the magic back into Diego and Laura’s relationship. Unlike other twisted time travel  tales, this one isn’t likely to make your brain hurt figuring out what’s going on right now and what version of Diego or Laura we’re currently following. You’ll spend too much time laughing, and wondering where you can get one of those phones.

It’s film festival season again! Cinequest 2018 starts on February 27 and runs through March 11th, so if you’re in the San Jose / San Francisco Bay Area you might check out the films and events for this year. And watch Fanboy Planet for upcoming reviews and podcasts from the Planet’s crew.

A version of this review first appeared on Fanboy Planet.