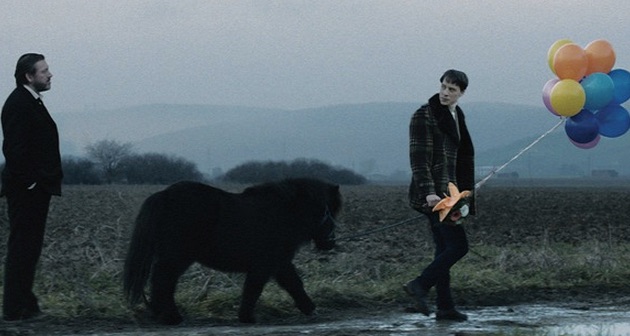 There’s a subtle difference between a ghost story and a haunting story, but we’re not going to go deep there, this is a haunting story. It’s also loveable, funny, and as close to a realistic slice of life as you can get while still entertaining conversations with your dead father.

Mozes, Márton Kristóf, is recently discharged from a therapeutic stay in a facility which may or may not have helped his general confidence issues. His father, László Gálffi,  is overbearing, demanding, and has just decided that Mozes will head out to help leppers when he drops dead. While freeing Mozes from his impending undesired service fate, he soon realizes that the now somewhat mopey ghost of his father is following him about, providing bad and useless advice, and generally disturbing all aspects of Mozes’ life. 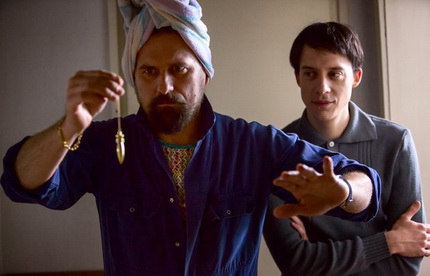 The rest of the family is cut from similarly flawed stock. The adopted sister is unable to fend for herself or explain why she returns home with smeared mud and crows feathers decorating her head and clothes. His Aunt is trying to have an affair with a local religious leader, when she isn’t otherwise trying to rule over her sister’s family. And the mother walks from scene to scene as if she were a ghost herself. 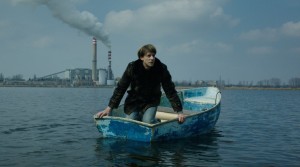 Mozes’ struggle to figure out why his father won’t pass along is similarly “helped” by the local auto repairman who is a psychic on the side, and a somewhat undependable sometimes girlfriend who just can’t seem to quit any number of addictions.Of course, neither is much help in the end, it’s up to Mozes to actually figure things out, or just stumble into a solution.

So, not exactly Ghostbusters in its scope or plot, but this film does deliver a lot of fun and charm as we watch the dour Mozes struggle through afterlife with father.