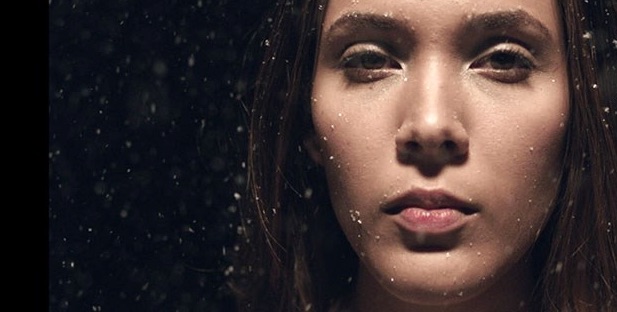 Let me confess. I’m not drawn to movies that are wildly open to interpretation. I have enough vagueries in my regular life to figure out, and the therapeutic or instructional exercise in films that seem to make a virtue of being ungrounded, while not exactly lost on me, are not as welcome as simpler escapism.  Beast of Cardo mostly escapes this criticism, but does fall solidly into the drawer in scenes and themes that bookend an otherwise fairly interesting slice of life tale. How much is metaphor, how much is imagined, or is it all actually  meant to be rationalized in a semi-magical and mythological sense of world? 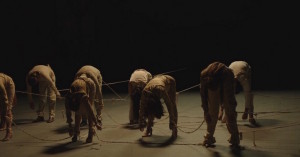 The film opens with two somewhat unbalancing aspects. First a narrative tale of the city of Cardo, a seemingly unfinished story of a city plunged into darkness and the ruling families that continue to rule based on their recollections of the city when it had light. And second, a brief vision of players, perhaps fleshy marionettes or victims of some loose bondage, suspended on ropes. With little but asides that later might be interpreted as connected, these are not commented on again by the filmmaker until the end of the film, bookending it, and then only one actually makes mute comment. 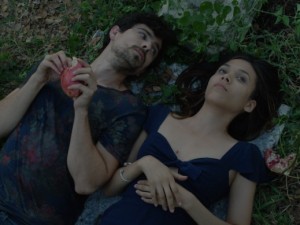 So almost at once the story begins and shifts to a fairly straightforward tale of a daughter,Moira, previously shamed by rumors of promiscuity, returning to a well-to-do family desperately trying to regain their prestige after another shameful event. Much of the film is discussions of the difficulty, necessity, or even desirability of mending relationships or simply escaping the situation altogether.  Moira and the local dressmaker Hermes (again, the mythological reference is a bit blunt) form a loose friendship, and even execute a blood ritual spell to cause Cardo to be eliminated so they both can be free.

I will say that many of the images crafted in the film are intriguing to watch, and the narrative although repetitive didn’t actually drag. Moira takes very little action to either counter or affect people’s opinion of her, and the idea that she and Hermes need to turn to the supernatural to escape Cardo never really held much weight for me.

Did the spell take, was it successful, are the lighting shifts intended to be representative of supernatural events or just bad wiring in the Dominican Republic? Is this a literal viewing of what happened, or somehow a glimpse into Moira’s eventual disposing of her connections to Cardo and physical escape. 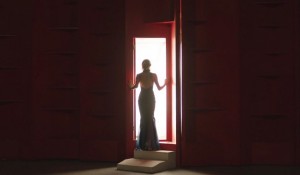 I really don’t know. The answer is either ethereal or blunt, depending on your interpretation of metaphor or perhaps a truly disturbing potential ramification of their actions. You can have it both ways I suppose, but like Moira and Hermes I just want to escape Cardo.