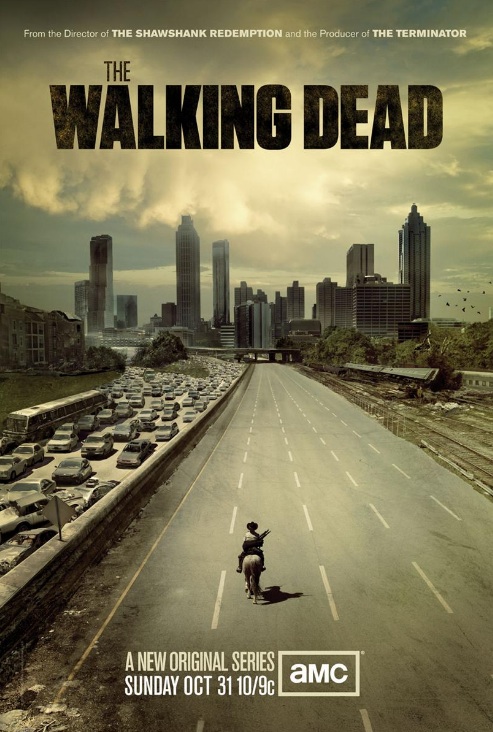 Just in time for Halloween…

AMC just released a new bit of advertising for the October 31st release of their “The Walking Dead” series.  That’s it over there on the left. The series is based on a comic by the brilliant Robert Kirkman.  The stark black and white art style and Kirkman’s brilliant character development over 75 issues has made it an acclaimed comic epic for some time now.  The quality and consistency of this book is amazing, so AMC has their work cut out for them to provide a similar television experience.

And it’s about zombies, did I mention that?

The trailer released this summer is quite graphic, not for the faint of heart.  Still, if you like such things… awesome.