Cinequest 2015: The House On Pine Street

Cinequest is San Jose’s preeminent film festival, celebrating its 25th anniversary this year. In this daily film journal, I’ll be trying to spotlight films you might otherwise miss and let you know when you’ll be able to catch them again.

The House On Pine Street 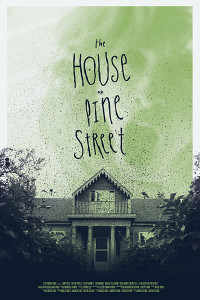 The elements are all there. The kind of creepy house. The somewhat distant husband. Wife with a recent problem in her past that strains the marriage, and the nosey relative with her own manipulative agenda. And oh yeah, creepy neighbors with strange twins. And it all delivers in The House on Pine Street, the second “haunting” story I’ve viewed at Cinequest, but one distinctly more tense and frightening than Afterlife.

Pregnant Jennifer, Emily Goss, and her husband, Taylor Bottles, have recently left Chicago for a change of scenery, and to be closer to Jennifer’s Mother. A friend happened to have a fully furnished house, yes on Pine Street, where they can go and recu 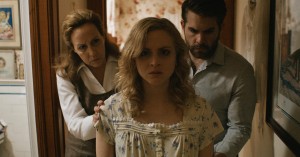 perate as they prepare for Jennifer’s delivery. Jennifer takes an instant dislike to the house, feels wrong from the start, but gives in to her husband and mother’s arguments to make a go of it here for a while. Something happened in Chicago, and we feel that Jennifer may not be fully recovered, and hopefully the slower pace and family support will be just what she needs.

Of course, it’s not. 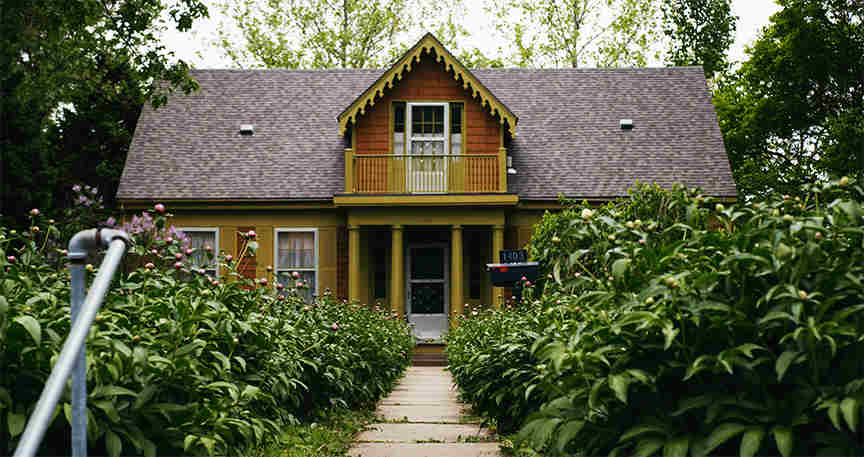 Alone at home much of the time while here husband begins work at a new office, Jennifer begins to feel that there’s more than a bit of creepy feeling about this house. There’s something definitely leaving doors open where they were closed. Knocks on the door with no one there. Things just slightly out of place, make things just slightly too upsetting for Jennifer. None of this done in a manner anyone else can see, Jennifer is the only witness. A visit from a close girlfriend and her child, meant to settle her in with the comfort of familiarity ends badly with Jennifer looking like more of a threat than a victim. 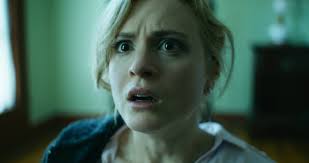 Of course that isolates her more, the family still trying to work in her best interests now puts her much more in direct conflict with whatever is going on in their home. Her marriage is strained and we learn more about the problems she had in Chicago, which of course do not work in her favor here.

To say more would go directly into the realm of spoilers so I’ll just say that the plot and script are excellent, there are few places where you’re not on edge, you simply aren’t allowed to relax and enjoy the terrific cinematography. This film does not come off as a traditional independent effort, and could easily be a standard release. Casting is is great especially Emily Goss’ as Jennifer, who is both tremendously at risk as the pregnant victim of the haunting who is able to muster herself as necessary without becoming one of those stereotypical badass ghost hunters. Love you Sigourney and Milla, but you just aren’t believable in a realistic context. Emily is.

The House on Pine Street is both a well-crafted traditional horror story, and a modern exploration of what haunting and haunted actually mean. More than a little is left up to your interpretation at the end. But that’s cool, because a film like this should haunt you long after you leave the theater.