The value of writing reuse…

But that’s not really true.  I write a ton of stuff, it just doesn’t always end up here.  The articles I write very rarely have to do with things I’ve written elsewhere.  (Irony, on reflection I see that the post just prior to this touts a review I wrote elsewhere.  I’m simply not paying attention. But I’ll write on as if I hadn’t noticed that.)

What I need to do is rechannel efforts, make blog entries about or completely repeating writing I’ve done for other sources – that is when it’s not against some standing prior agreement.  This does seem to be a factor in blogging success – let’s see if I can remember it.

Boring yet?  Let’s move on.

So with that in mind, I invite you to view a series of articles composed of my pictures from Comic Con 2011.  Some of you may know of my association with the website Fanboy Planet.  I produce a weekly podcast and occasionally have prose pieces that appear there.  And every now and then, there’s a fun set of photos.

So without further ado, some links for you to peruse. 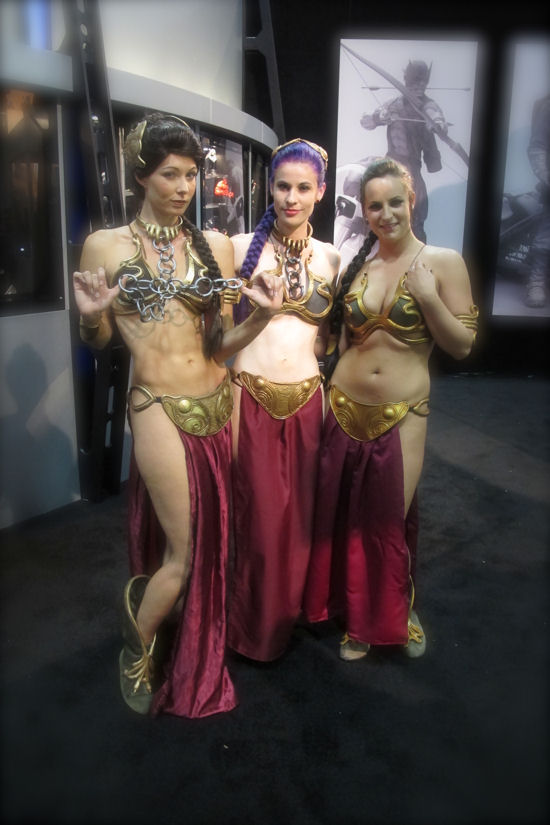 There are likely a few more to come.

Now some of you may note that there are far more women in far less clothing in these pictures than there are men.

There are two reasons for that:

1. There simply are more women in costume at comic con, and they do it so much better.  It’s a sewing thing I expect.

This entry was posted in Entertainment, Media, Thoughts, Writing. Bookmark the permalink.